Yes, it’s true, I have researched a house where a skeleton was uncovered in an old priest hole! Certainly, one of the most unusual stories I’ve heard in researching the history of houses!

I was recently asked by a journalist to tell her the story of priest holes and secret tunnels found in houses. It is a fascinating element in the history of some 16th and 17th century houses when the need for hiding or a quick escape from authorities was a genuine consideration in house design. In speaking to the journalist, I recalled a house I researched in the past which involved the discovery of an old priest hole – and the priest was still in it! The story was mentioned in the article – read it here in The Sun – but it inspired me to write more of the story in a new blog post!

Sadly, I’m not able to divulge the name and location of the house, but it is situated in a small village in Wiltshire and has been dated back to the early 1600s, at the end of the reign of Queen Elizabeth I and when James I came to the throne. By this time, the conflict between Protestants and Catholics had been a fact of life in England for almost 70 years, from the time of Henry VIII, accelerating during the reign of his children, Edward VI and ‘Bloody’ Mary.

During the reign of Queen Elizabeth I, the persecution of Catholics was extreme and practicing the Catholic rites or holding Mass was seen as an act treason and resulted in imprisonment, torture, and in some cases death. It was these extreme circumstances that provoked the creation of priest holes.

Priest holes were built in many places within a house – under staircases, behind fireplaces, between walls, under floorboards – anywhere where there was enough space to create a secret hiding place for a priest.

There were several Catholic plots to assassinate the queen, so the need to hunt down and quash any catholic support was much bigger than just a personal choice of worship – not to mention the threats from Catholic Spain and rebellions with the support from the Pope in Rome.

‘Priest-hunters’ might suddenly appear on the doorstep and a quick hiding place was a matter of life or death! However, one of the most serious problems with priest holes was the lack of space, but also the lack or air or access to food or a place to go to the toilet. So, hiding in a priest hole could be just as dangerous if forced to remain there for an extended period of time.

This is clearly what happened in the case of the Wiltshire house where the priest was still hiding in the priest hole 300 years later! The story of the poor priest was passed on from the former owner and a little more investigation would be necessary to uncover the full story of what happened, but it all started when former owners began renovations on the house in the late 1940s.

The Grade II listed house was first constructed in the early 17th century and features exposed timbers with brick infilling, but it has also been altered several times, particularly during the 19th and 20th centuries. The first family connected to the house were recorded with Catholic connections, and given the date of construction, it seems likely it was constructed with a priest hole, or one was added soon after. This is understood further when considering the date of another Catholic plot against the reigning monarch, this time James I, with the Gunpowder Plot in November 1605.

Despite an understanding of the times and the need for a priest hole in the house, the true story of how a priest came to be stuck in the priest hole for 300 years is a bit of a mystery. One speculation is that the family had time to hide the priest away, but they were arrested and there was no way of getting back to the house to release the priest. Whatever the circumstances, it was over 300 years later, in the late 1940s when new owners were renovating the house that they pulled away a internal panel to find the hidden priest hole and the skeleton of the priest – what a discovery!

The gruesome discovery is certainly unusual, but once again it reveals the extraordinary stories that can be found in researching the history of a house.

It is perhaps a little difficult to believe, but this village in Oxfordshire, with known links to Thomas Hardy and Jonathan Swift, was due to be closed down in 1948 and the residents forced to move elsewhere. Letcombe Bassett is a small village, formerly in Berkshire, which throughout history has always been a small rural village. But, in 1948, in the tough financial years after the Second World War, the village was threatened with closure. 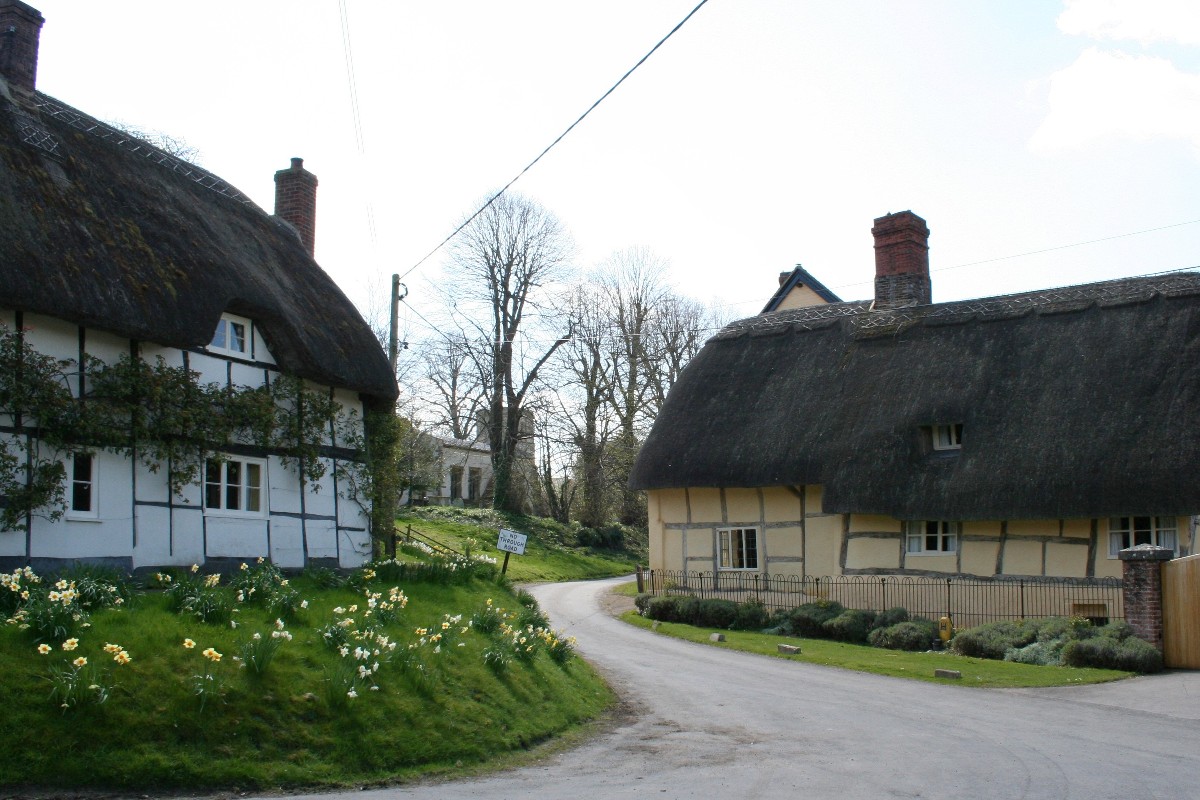 Berkshire council deemed it too expensive to provide mains sewerage for the village and decided it would be easier to close it down and relocate the residents. Of course, the villagers of Letcombe Bassett weren’t too happy about this and started a campaign to save their old village – and won!

Here is a fantastic (and short) film from British Pathé in 1948 telling the story of the villagers fighting for their little piece of England – a fascinating glimpse of village life:

I have recently been researching the history of one of the 17th century timber-framed thatched cottages in Letcombe Bassett, which turns out to be one of the most challenging house histories I’ve attempted. With very few retained documents it has been difficult to discover specific details of the history, and those documents that do survive mostly refer to each house as simply ‘dwelling house’ or only by the name of the resident with no address. However, it has certainly been an adventure! 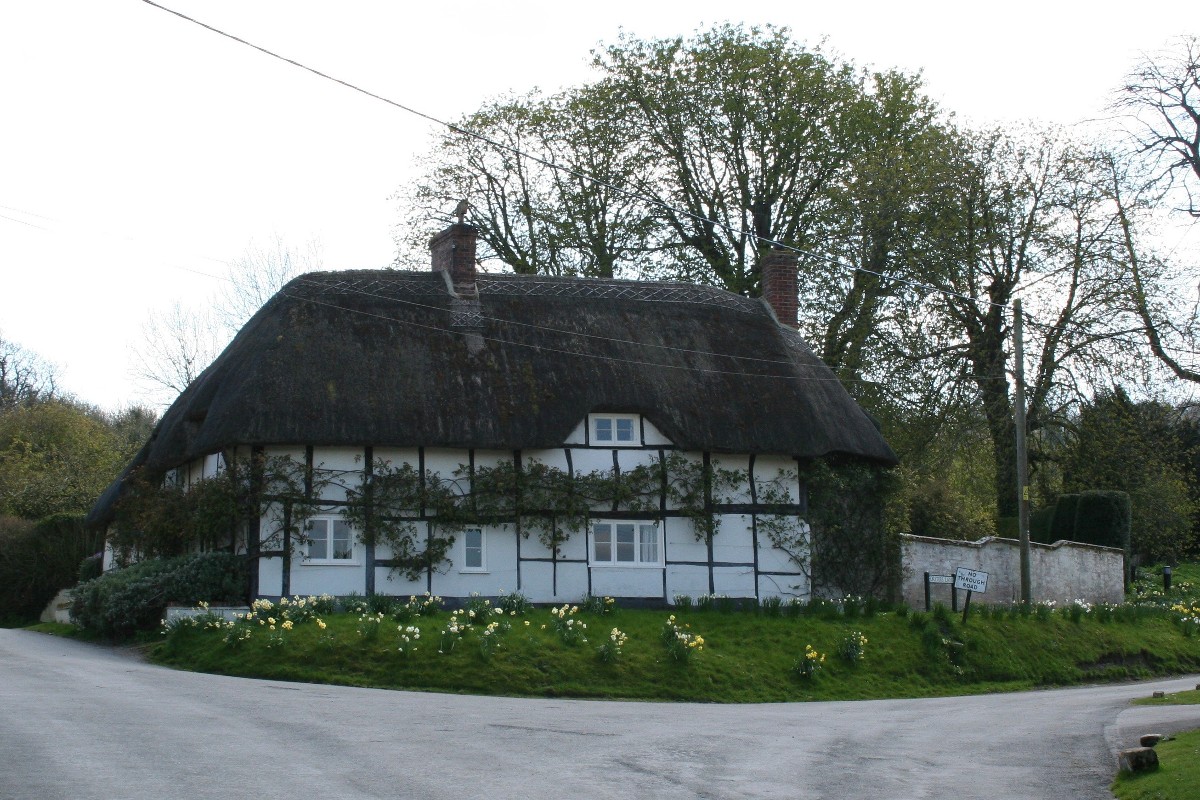 Despite these challenges it has been fascinating uncovering the story of the small village that refused to die. It was formerly famous for its production of watercress, transported as far as Covent Garden market where the cry of ‘Bassett Cress’ was well-known. The village has also long been associated with horse training with a number of prize-winning horses trained here, included several Grand National winners.

Letcombe Bassett also has several famous literary connections, with the writer Jonathan Swift staying at the rectory for a few months in 1714 and where he completed Free thoughts on the present state of affairs. It is also believed Alexander Pope visited him here during this time.

The author, Thomas Hardy, also used Letcombe Bassett as the inspiration for ‘Cresscombe’ in his novel, Jude The Obscure, and also used a small cottage in the village for ‘Arabella’s Cottage’.

Today, the village of Letcombe Bassett prides itself on its community spirit and the fight to save it over 65 years ago has only made it stronger.