I openly admit it – I love Bath! Every time I visit (which is quite often) I will wander around the beautiful crescents, streets and squares, and even though I’ve seen them numerous times before, I just can’t get enough of the beautiful Georgian architecture and glowing Bath stone (if you catch it on a sunny day). Not to mention Bath Abbey, Pulteney Bridge, and of course the Roman Baths. 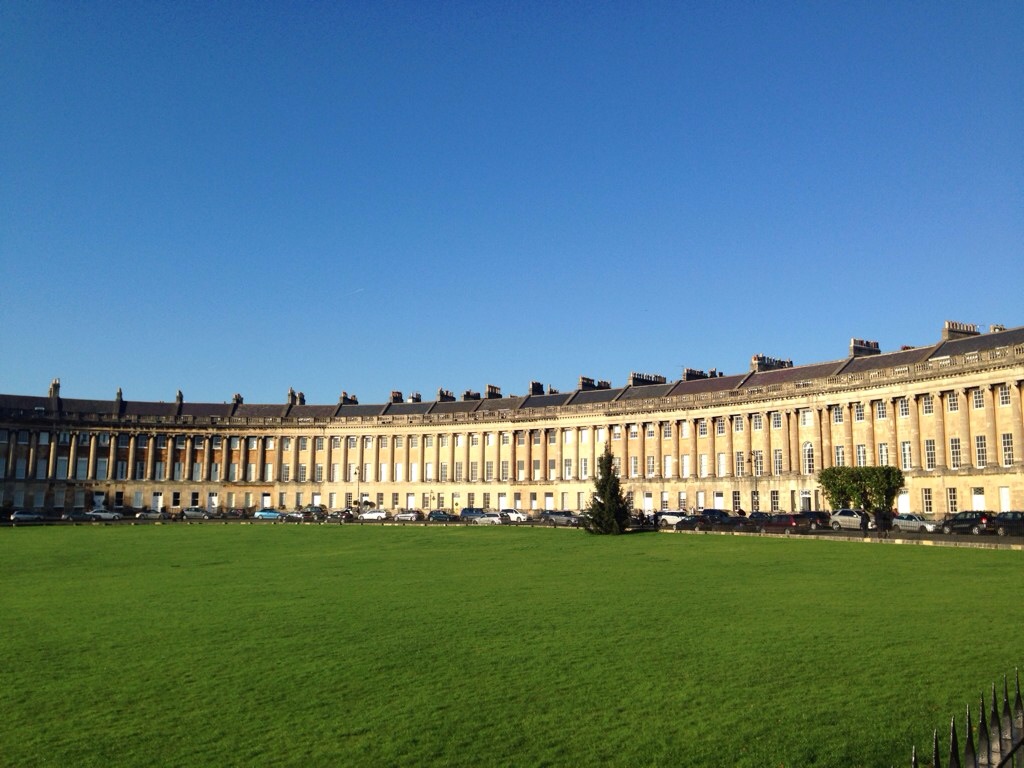 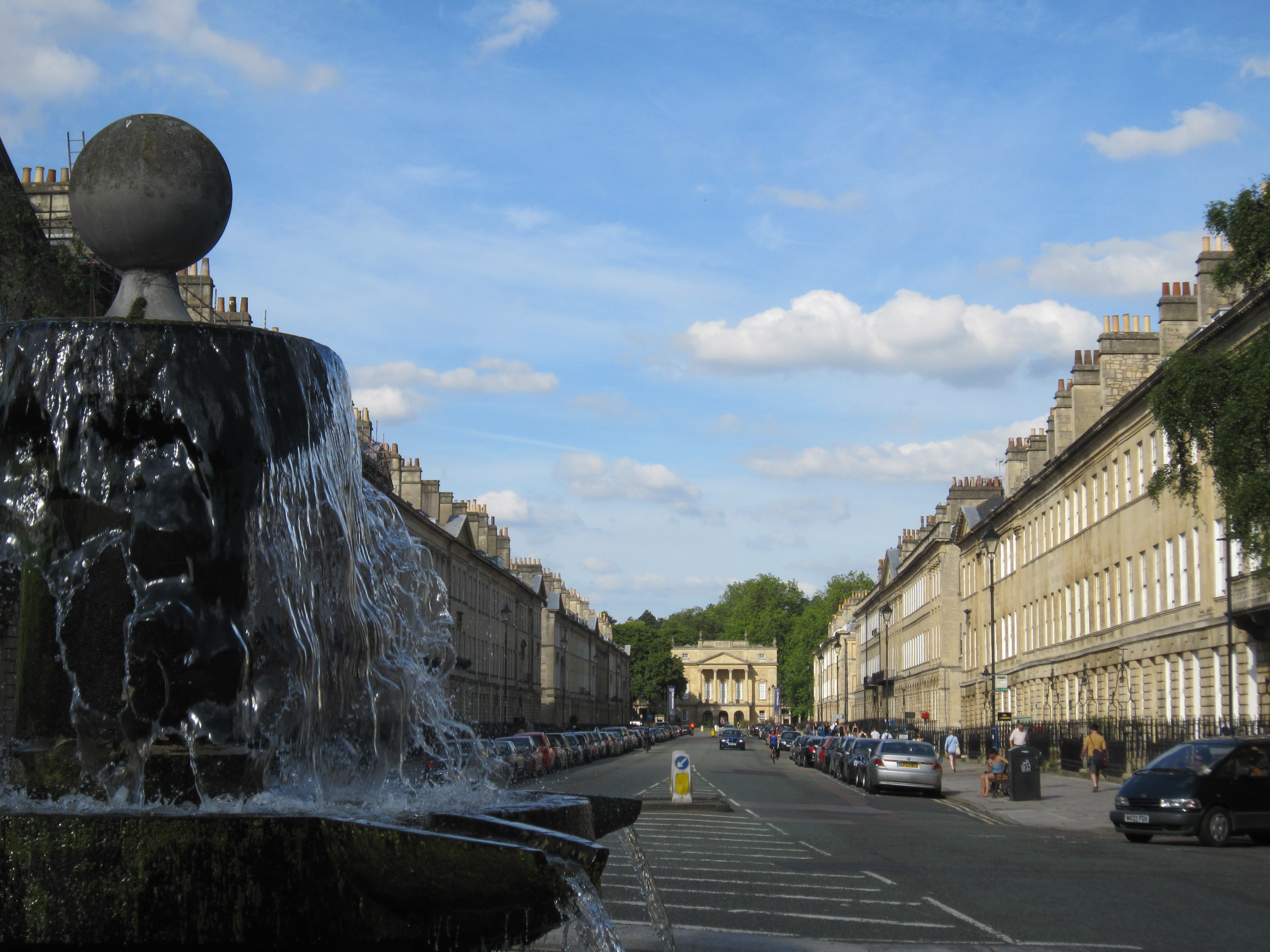 I have been fortunate in having the opportunity to research a number of locations in Bath, including the history of Great Pulteney Street for my book Historic Streets and Squares: The Secrets on Your Doorstep and also two houses, No.8 Gay Street and No.11 The Circus, which appear in my first book House Histories: The Secrets Behind Your Front Door. While both houses were fascinating, it was the stories found at No.11 The Circus which I will often come back to. 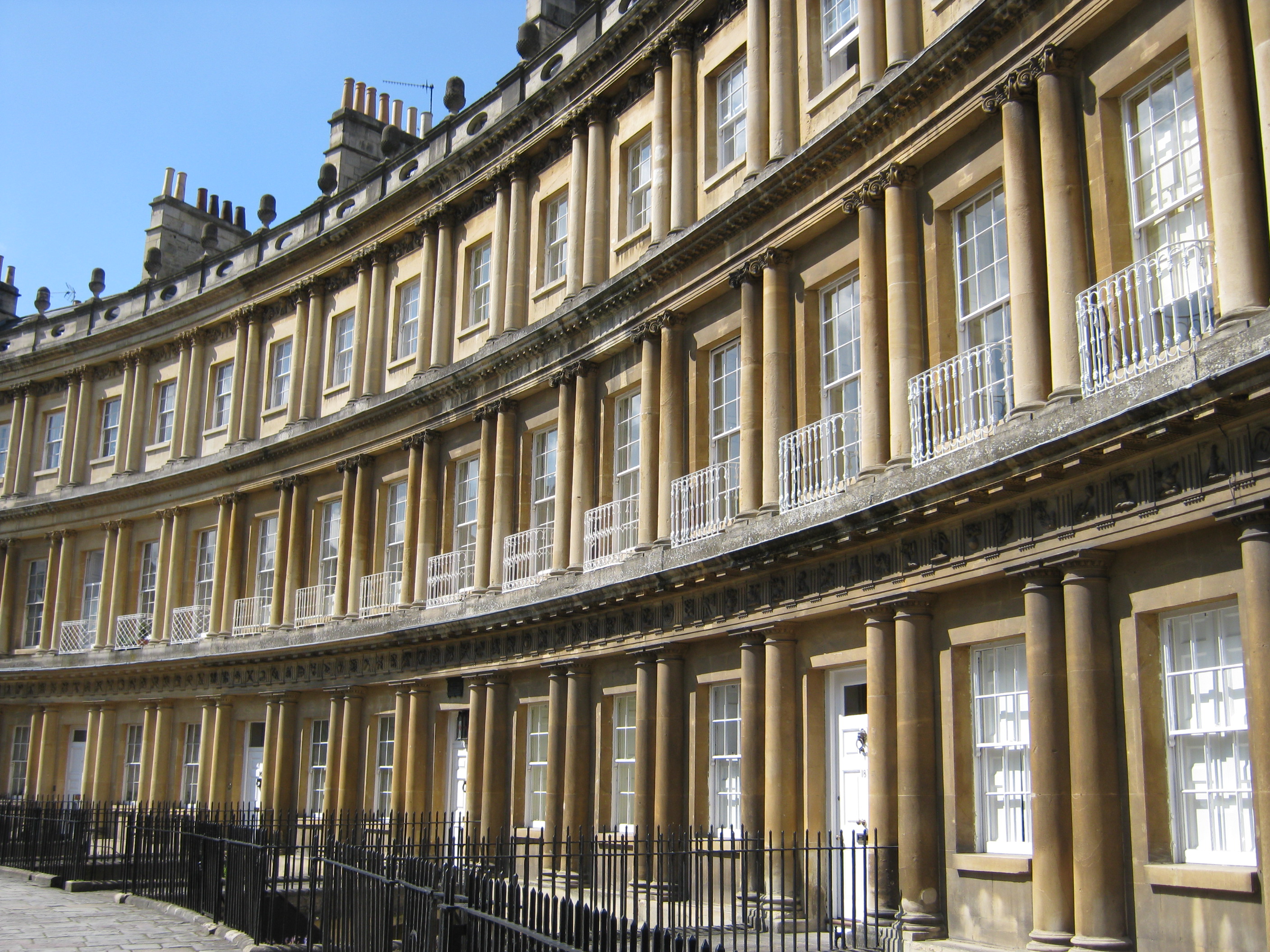 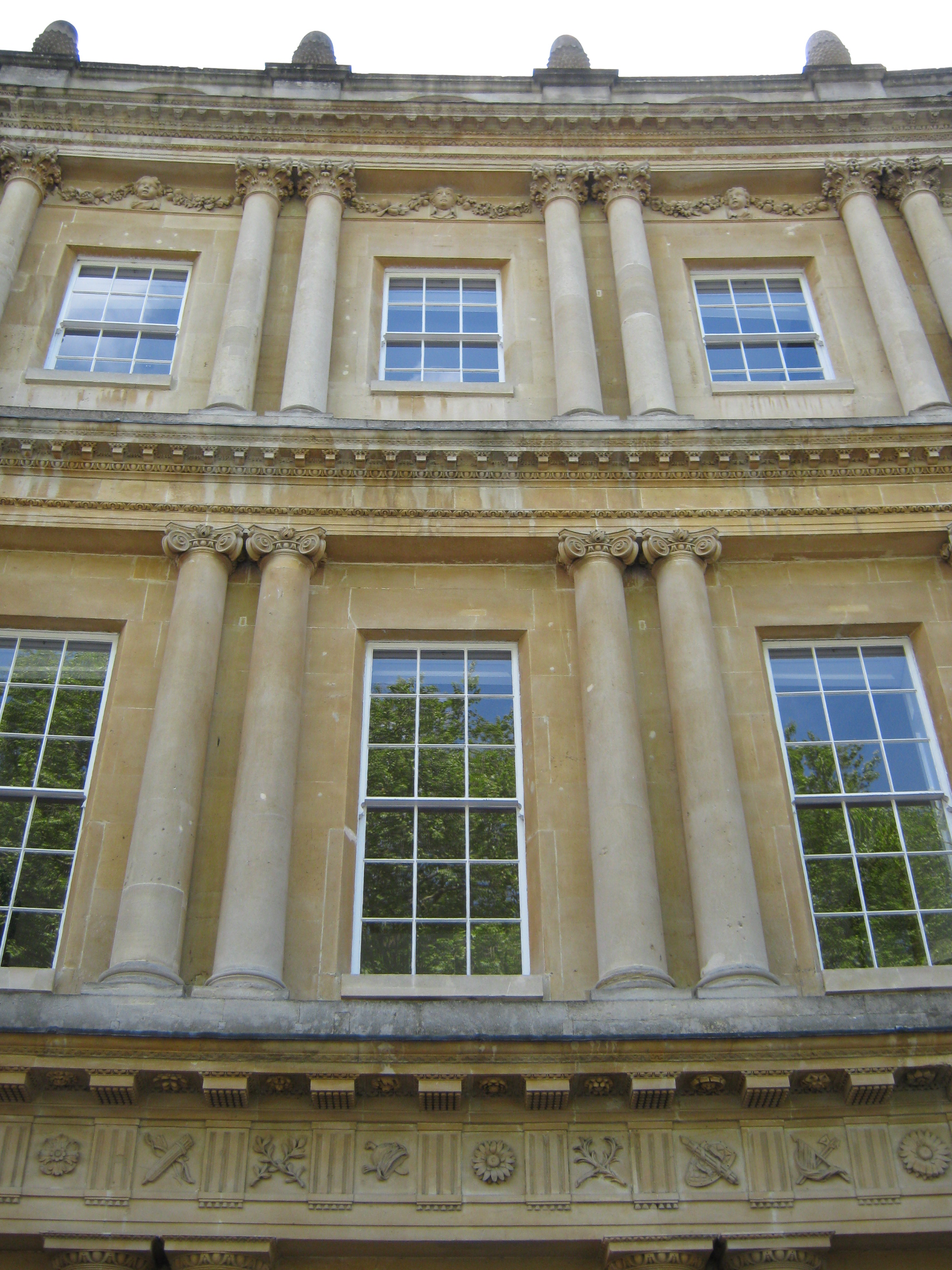 The Circus, first known as The King’s Circus, was designed by John Wood the Elder in the 1740s with the foundations laid in 1754. However, John Wood the Elder died just three months later and it was left to be completed by his son, John Wood the Younger. It features three sections, completed over a period of years, and the final section completed and occupied in 1768. The Circus is impressive when viewed as a whole, but it is also in the detail that it features ‘…a tour-de-force of external decoration’. Each level features paired columns of the different classical order – Doric on the ground, Ionic on the first, and Corinthian on the third. Amongst the many decorative details it also includes a carved frieze with hundreds of pictorial symbols, including emblems of science, arts, and industry. 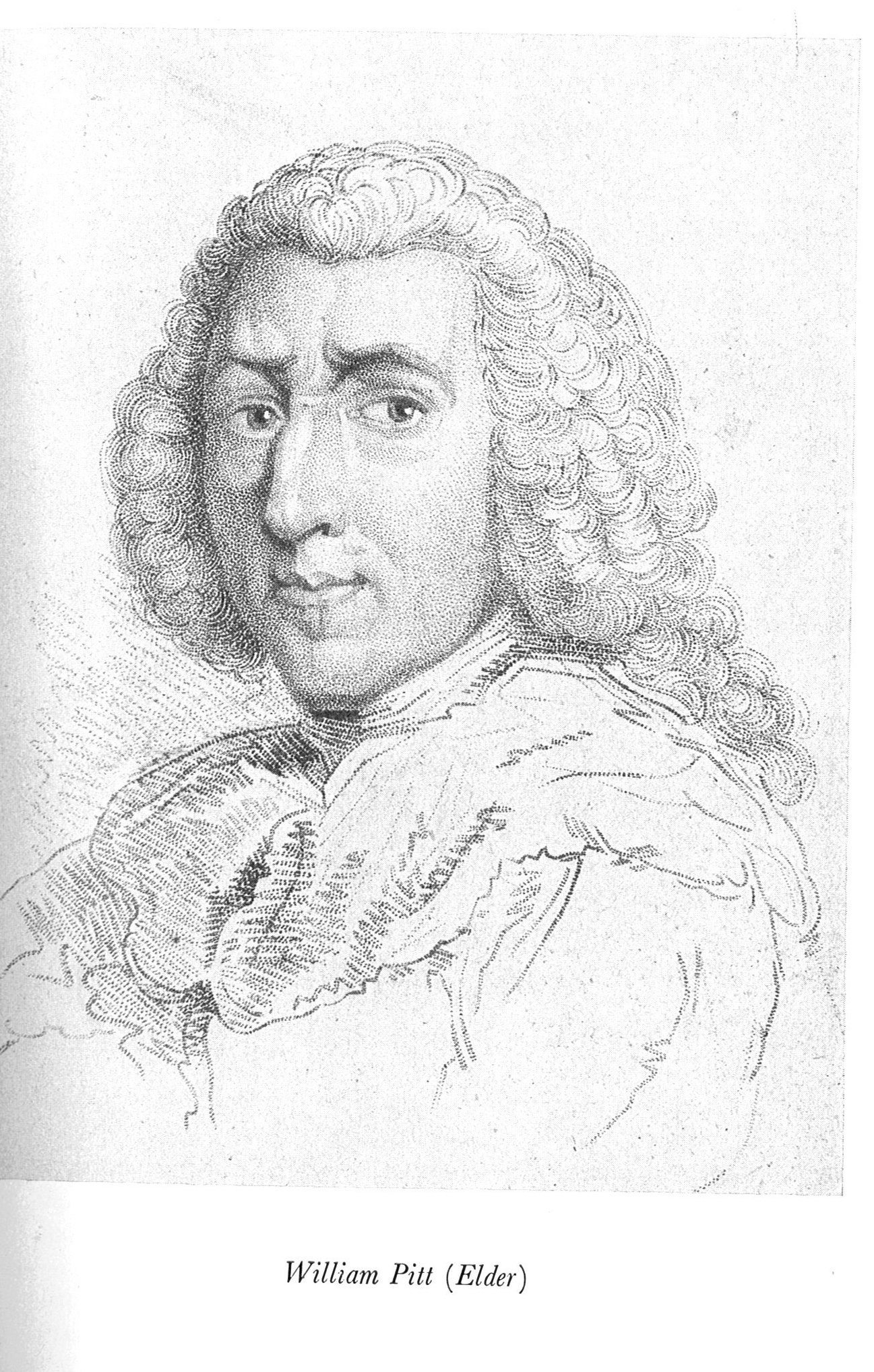 William Pitt the Elder retained No.11 until 1776 and by 1782 it had become the Bath home of George Spencer, 4th Duke of Marlborough, whose country seat was Blenheim Palace in Oxfordshire.

Throughout the late 18th century and into the early 19th century, No.11 was home to a number of notable residents, including Dr. Mapleton, who was a friend of the Austen family, and it is recorded that Jane Austen, along with her mother and sister Cassandra, visited the doctor and his family at No.11 several times during the early 1800s.

By the 1850s No.11 The Circus was transformed from a private home into school rooms and offices for the prestigious Somersetshire College. It continued to be used by Somersetshire College for many years with boys being sent to the school from all over the country. However, in 1866 it welcomed a now famous name as one of its tutors, the scientist and inventor, Alexander Graham Bell, who later invented the telephone.

At the time he arrived as Somersetshire College he was only 19 and while teaching he continued his experiments and work on telephony and communications. It is believed Bell actually sent his first telegraph message while living in Bath. However, he only remained at Somersetshire College for one year and within a few years had moved to Canada with his family.

No.11 continued to be the home of Somersetshire College until the 1880s, but then converted into the home and surgery of Dr. Hugh Lane. The 1891 census reveals Dr Lane with his wife Frances and their three children and four live-in servants. But, along with the family, a boarder was recorded in the house, 49 year old Fanny from Russia, who was recorded in the census as a ‘lunatic’.