With just a few days to go before Christmas, it seems appropriate that I post a blog with a Christmas connection. However, sadly, I don’t have a house history directly related to Christmas, so instead I’ve looked to a man who is often synonymous with Christmas, the author of A Christmas Carol – Charles Dickens!

A few years ago, while working with Chestertons, I was asked to research the history of Bleak House in Broadstairs. It is well known as a house connected to the renowned Victorian author, for which, it is believed he said, it was ‘the residence he most desired.’

Today, Bleak House is noted for its crenelated appearance with a long row of windows looking out towards the sea, but when Charles Dickens stayed in the house it was known as Fort House and appeared much like a typical Georgian house. It was built around the turn of the 19th century and acquired the name ‘Fort House’ as it is believed it was the home of the Fort Captain. This was at a time when the Napoleonic wars were raging in Europe and like many coastal locations there was a genuine fear of invasion from across the seas. The house was built here for its ideal location as a look-out, but also the height meant it was also ideal for a telegraph station.

Dickens first came to the house in the early years of Victoria’s reign, around 1837, when Broadstairs had become a popular seaside resort and the house had become a lodging house. He visited regularly, and it was while staying at Fort House that he completed parts of some of his most well-known novels, including Nicholas Nickleby (1839), Dombey and Son (1848) and David Copperfield (1850). It was also while staying here that Dickens began working on the novel that would later give the house its name – Bleak House – published in 1853.

Dickens visited Fort House with his family many times, but he also hosted several other famous names of the 19th century, including former prime minister, William Gladstone, as well as another Victorian novelist, Wilkie Collins, and his biographer and friend, John Forster. It is also thought it may have been visited by the Danish fairy tale author, Hans Christian Anderson. Dickens is believed to have much favoured Fort House (although he stayed in other houses in Broadstairs) and is believed to have said it was the one ‘on which he had always set his affections’.

It was in the early years of the 1900s that Fort House was extended and re-fronted to what we recognise today. It was also at this time that the house was given the name ‘Bleak House’ and was recorded as such in the 1901 census. There are some theories that the house was used as inspiration for the Bleak House in his novel, although others have disagreed and suggested it is more likely the former residence of the author that inspired the creation of the name many years later.

During the 20th century, the house has had a number of extensions and renovations, although it is believed it still retains the original mahogany staircase and fireplaces. For much of the 20th century it has had a variety of uses and was both a residential home and also the Thanet smuggling museum and Dickens memorial museum. Since 2012 it has been reopened as a guest house and wedding venue, and accepts short term visitors to Broadstairs, much as it did in the 19th century when Charles Dickens came to stay.

A short time ago I was researching the history of a house in Highbury, north London, and discovered an intriguing character in the house during the 1860s. In 1863, Mr John Wilson and his wife Mary moved to the house, but by this time Mr Wilson had retired and it was only through delving into his past did I uncover the story of a remarkable career. It turns out that Mr John Wilson was one of the first omnibus proprietors in London. 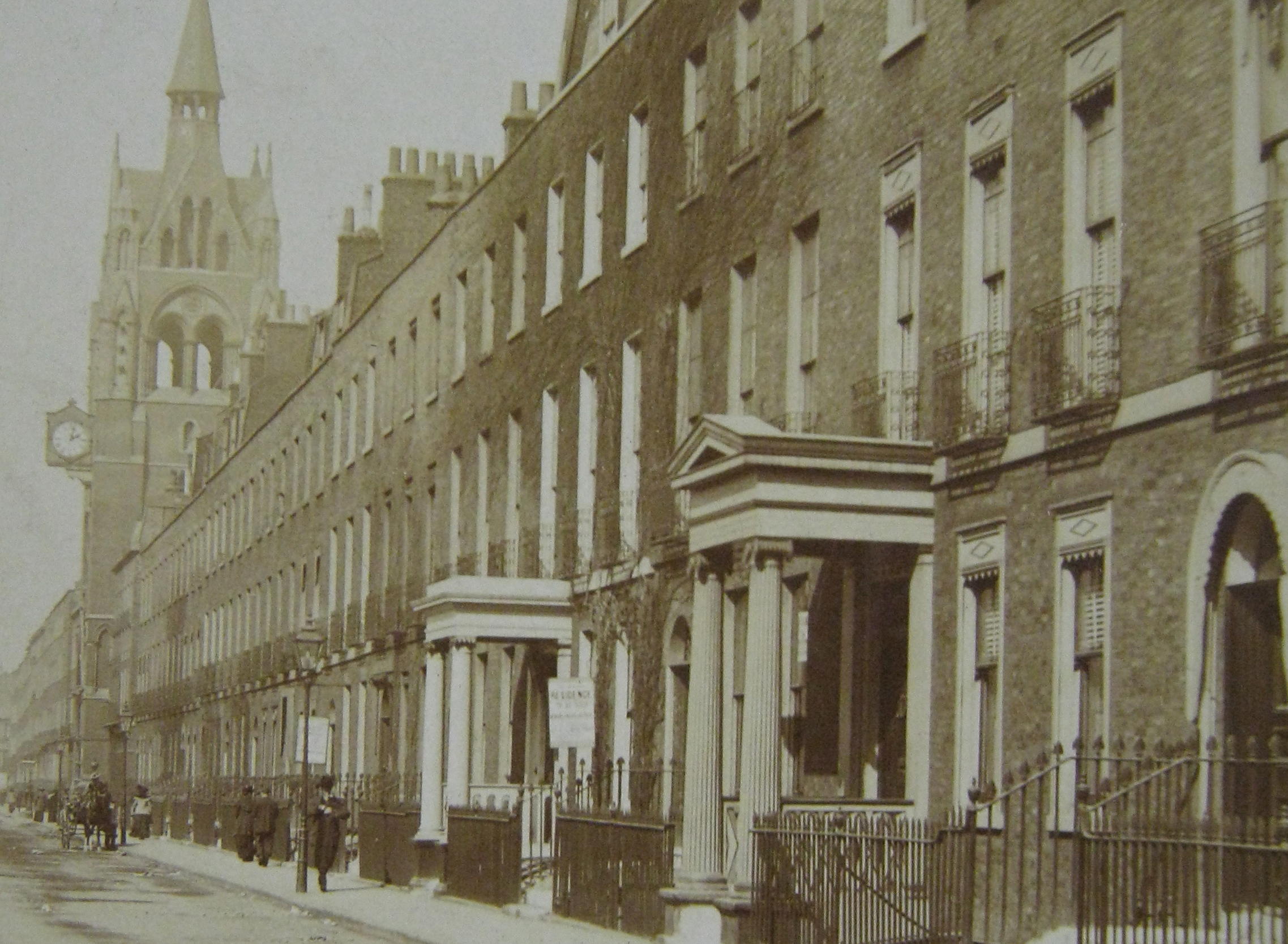 Along with his sister Elizabeth, John Wilson established a thriving omnibus or horse bus business transporting clerks and city workers to and from the City of London from the growing suburbs of north London. The origins of the omnibus company have been tricky to track down, but later records show that John and his sister Elizabeth established the ‘Wilson’s Omnibus’, often known as the ‘Wilson’s Favorite [sic]’ sometime during the 1830s. By the time of the 1841 census John was recorded as a ‘Coach Proprietor’ in Finsbury, Islington, and along with his sister, ‘Mrs Wilson of Holloway’, owned one of the largest omnibus companies in London.

A painting by James Pollard shows the Wilson’s Favorite at Islington Green in 1852. Held in the London Transport Museum collection – follow the link below to view.

The first omnibus service in London was established in 1829 by George Shillibeer, running from Paddington along Marylebone Road to the City, but it wasn’t long before other entrepreneurs were taking up the opportunity of offering transport to fee-paying passengers. In the early years omnibuses – or horse buses – were named (unlike numbered buses that we have today) and the Wilson’s was known as the ‘Favorite’ or ‘Favourite’. By 1839 Elizabeth and John Wilson were recorded as having 11 horse buses.

This was an ideal time to be investing in this new type of enterprise as the building of new streets and houses was beginning to spread to the outskirts of London, with growth in the north to places like Islington and Highbury, which meant there were many city workers who required transport to work. Islington was an ideal location for a new bus route and the Wilson’s became known for their bus route from north London into the City.

The Wilson’s Favorite became a popular and highly successful omnibus company. In 1853 John Garwood wrote in The Million-Peopled City that the Wilson’s ‘Favorite’ was ‘on the whole, as well regulated as, if not better than, any other which exists.’ The Wilson’s Omnibus even featured in Charles Dickens’ All the Year Round weekly journal, when in 1863 the writer told of how he would watch the ‘green favorites, boldly declaring the ownership of ‘Elizabeth and John Wilson’ – grand ‘buses, those, with drivers and conductors in green liveries, always renewed (with an accompaniment of nosegay for button-hole, and favours for whip, and rosettes for horses’ ears) on the occasion of the Queen’s birthday…’ In 1902, Henry Charles Moore states in his Omnibus and Cabs that ‘Mr Wilson was the largest proprietor in London, and his vehicles, which were known all over the Metropolis, had the reputation of being exceedingly well conducted.’

Another painting by James Pollard shows the Wilson’s Favorite in 1845. Held in the Museum of London collection – follow the link below to view.

‘A Street Scene with Two Omnibuses’ by James Pollard, 1845

In 1856 John and Elizabeth Wilson sold their omnibus company to the new and rapidly expanding ‘Compagnie Generale des Londres’ – renamed the London General Omnibus Company (LGOC) in 1858. The LGOC later became the biggest and most prominent omnibus company, buying up a number of local companies and spreading their presence across London. When the Wilson’s sold their firm they had over 50 horse buses, 500 horsed, and around 180 employees.