It has been an exciting few months in the life of this house historian! The spring months have largely involved speaking engagements and interviews, including the Ideal Home Show and a television programme on the history of household inventions! It is certainly the fun side in the life of a house historian.

One of the most exciting events was speaking at the Ideal Home Show at Olympia London! 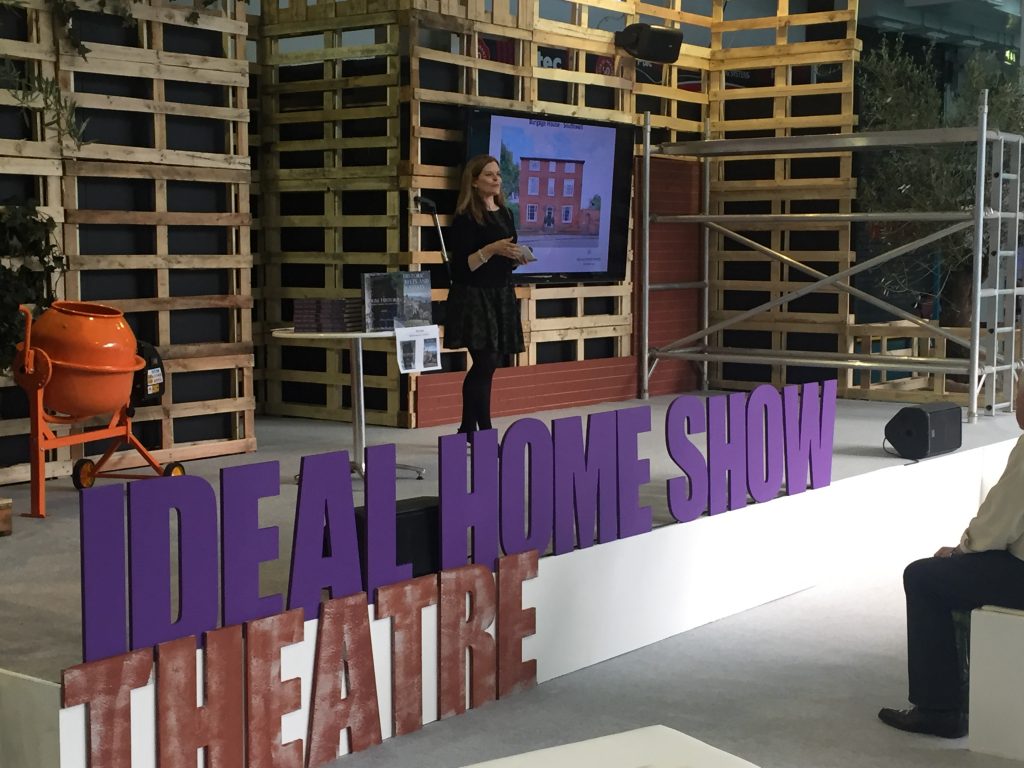 Speaking over several days, I told audiences stories I had uncovered researching the history of houses, which included houses with links to Jane Austen, Winston Churchill, and Lord Byron, as well as stories of houses linked with murder, spies, and scandal! 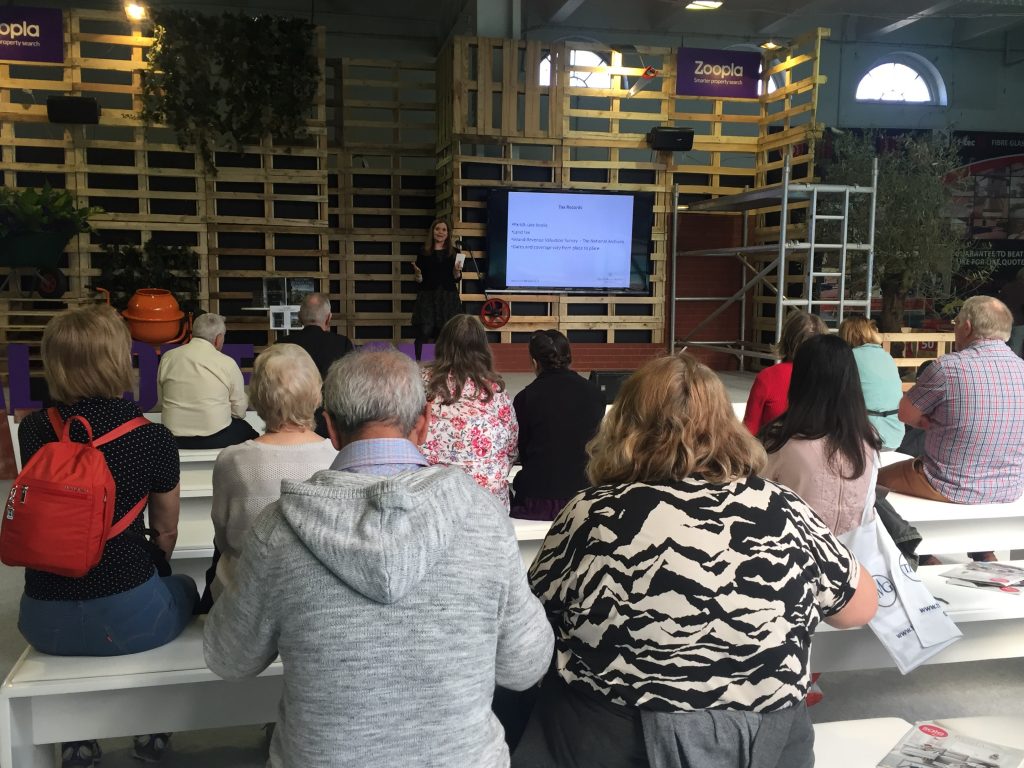 I have also recently been taking part in more filming and television, which included a new programme – ‘Wicked Inventions’ [Definition Media]! Now in its second series, it was broadcast in parts of Europe, but sadly has not been shown in the UK (yet!). However, a short clip of my sections featured throughout the series have been put together here:

In April this year, I was also privileged to be guest speaker at the glorious Peterborough Cathedral for the Peterborough Local History Society [visit their new website]! In the surroundings of the recently restored 13th century Knights’ Chamber, I spoke about my work researching the history of houses, plus stories I’d uncovered, and tips for the audience about researching the history of their own home. 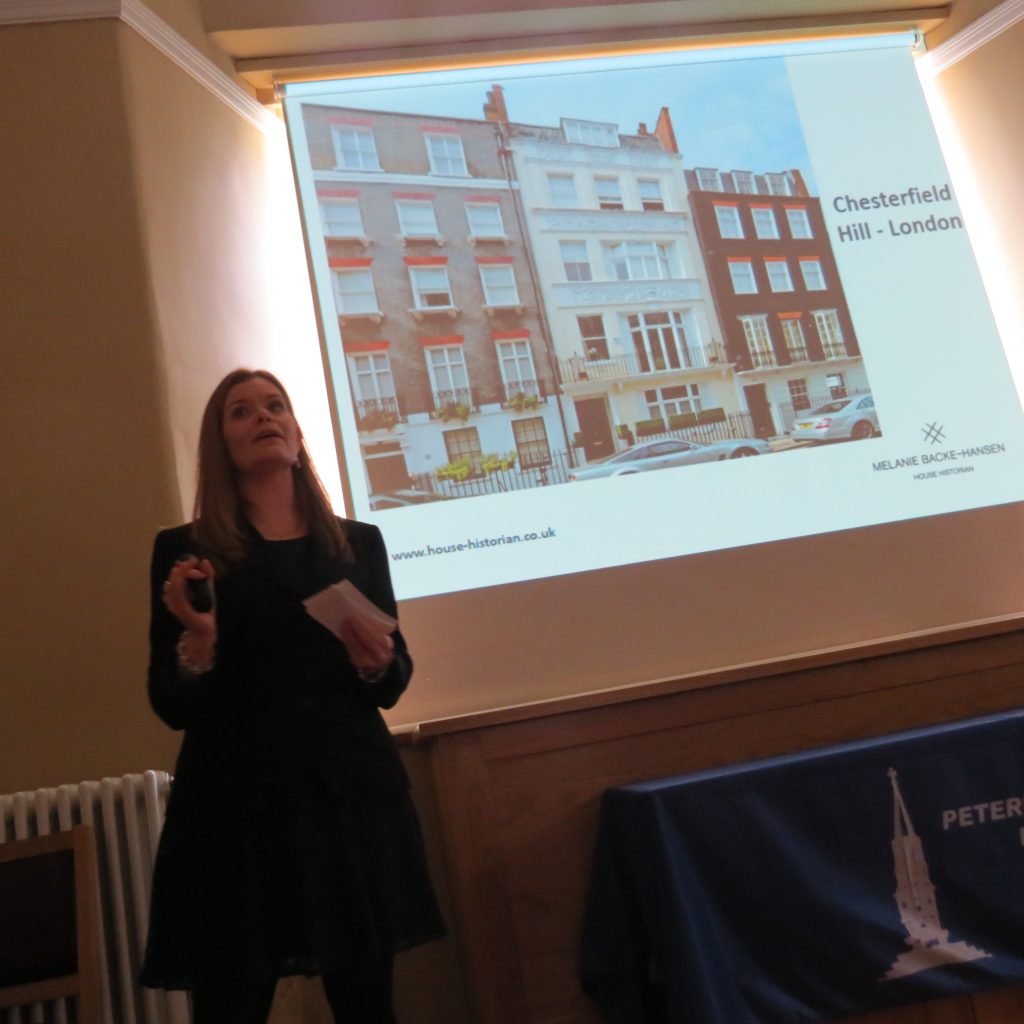 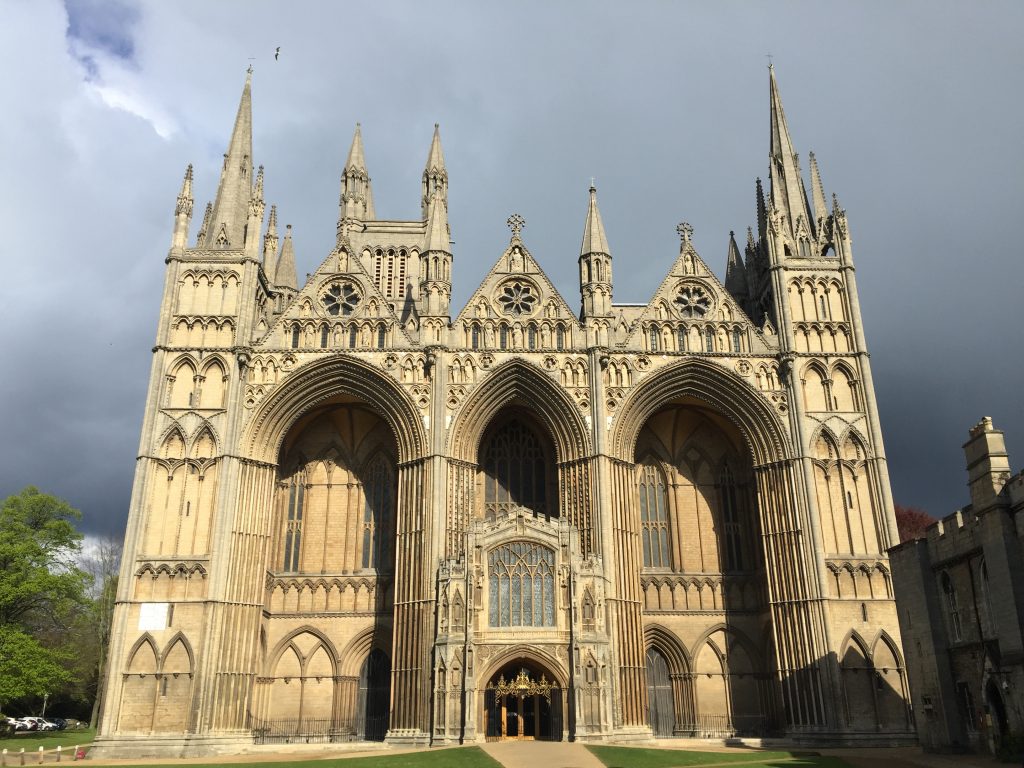 Most recently, I have also taken part in an interview for GlamUK discussing the unique aspects of my role as a house historian, as well as one of my favourite houses in London – 18 Stafford Terrace, the former home of Edward Linley Sambourne. The full story can be seen on the GlamUK website: “Discovering London with House Historian Melanie Backe-Hansen” and the full filmed interview is also online here:

It is always fun speaking at events and taking part in interviews, but it has also been fantastic to get back to the research. Following all this, I can largely be found going through rolls of microfilm or transcribing pages of deeds and documents for the latest house history project! :-)